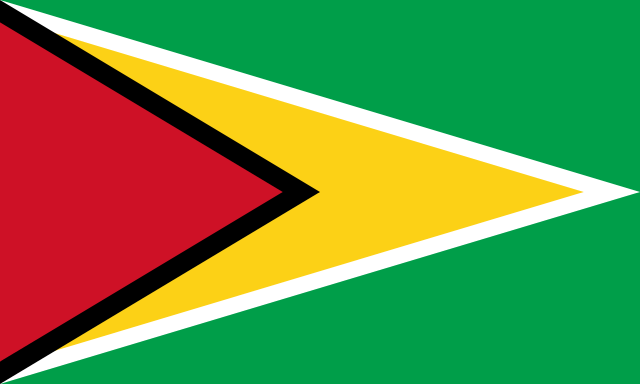 Food For The Poor received some high praise recently from the President of Guyana, Brigadier David Granger. Here’s a transcript of a beautiful speech he gave at Food For The Poor-Guyana’s recent fundraising dinner.

“Food For The Poor, an international organization committed to serving the poor, has honored the name of God through its good works. It has blessed the poor through its charitable outreach.

Food For The Poor has become the leading charity in Guyana since its establishment here 24 years ago in 1991. Its services span persons of every race and religion. Its goods reach the poor in every corner of our country. It is a household word. There must be very few Guyanese whose lives have not been touched, either directly or indirectly, by Food For The Poor.

I applaud the incredible, industrial-scale assistance that Food For The Poor has rendered to the poor and needy. I marvel at its capacity to solicit and receive such extraordinary quantities of food, medicines and equipment for distribution to the poor. Is there any activity in which it is not involved? It is in agriculture; boats; cassava mills; clinics; community centers; computers; housing; livestock; sanitation; sawmills; sewing machines and water projects.

My government is committed to the objective of eradicating extreme poverty from our country within the next five years. It is a bold and ambitious goal, but it is the necessary duty if human dignity is to be respected, and if this country is to be developed. We cannot speak of a society that upholds human dignity when so many of our brothers and sisters subsist on an income that is insufficient to provide for their basic daily meals. Respect for human dignity requires a level of concern, a level of commitment and a call to action in eradicating poverty in our society.

Food For The Poor has gone beyond providing hand-outs. It has helped to empower individuals. It has assisted persons to earn their incomes by providing equipment to help people to help themselves. It has also been engaged in income-generating projects in communities, helping groups of persons with their economic enterprises. Food For The Poor, in these ways, has weaned many off of dependency and elevated their lives from poverty to self-sufficiency.

Food For The Poor has been a God-send. It has allowed hundreds of Guyanese to escape the clutches of poverty. It has offered comfort and relief to thousands of our country men and country women. Without the assistance provided by Food For The Poor, destitution would have been widespread.

… Food For The Poor needs support. I appeal to all of you, and especially to corporate Guyana, to support the organization’s work. This organization, after all, is a vehicle to help others – not a profiteering corporation. With sufficient support, its work can be even more impactful in alleviating poverty in our country.

Food For The Poor has achieved a high level of operational efficiency. An extremely high percentage of the assistance it receives goes directly to the poor. The organization, however, needs to ensure that its administrative expenses are covered. This is why its fundraising activities are important. I urge all Guyanese to support these activities and to give generously to support the work for Food For The Poor.

We want prosperity for Guyana. We want a happy population. We assure you, government will play its part. I visited the organization’s premises in Ruimveldt. The organization has outgrown that facility. There is a need for a new and bigger location since its work has expanded over the last 24 years.

Food For The Poor has been pillar of support for Guyana, particularly for the downtrodden and less fortunate. I particularly wish to salute the efforts of its Chairman, Mr. Paul Chan-A-Sue; its General Manager, Mr. Kent Vincent; its hardworking staff and its talented board of directors. It seems to be that Guyana’s poverty rate would have been much higher were it not for Food For The Poor’s efforts.

I would like express my appreciation for the outstanding charitable work undertaken by this organization. On behalf of the countless persons that have benefited from the kindness and generosity of Food For The Poor, I pledge three facilities on behalf of the Government of Guyana:
• We will provide 2 hectares of land, free of cost, for the construction of a larger premises for the organization.
• We will make available duty-free concessions on vehicles imported to be used for its charitable and developmental projects.
• We will, from Fiscal Year 2016, provide a fixed annual financial subvention to supplement the organization’s work.

Mother Theresa once said, “We ourselves feel that what we are doing is just a drop in the ocean. But the ocean would be less because of that missing drop.”

However little you can give, I urge that you give. Give your drop to fill that ocean of need. Drop by drop; child by child; household by household; neighborhood by neighborhood; region by region, let us work together with this worthy organization to provide a good life for all Guyanese.”